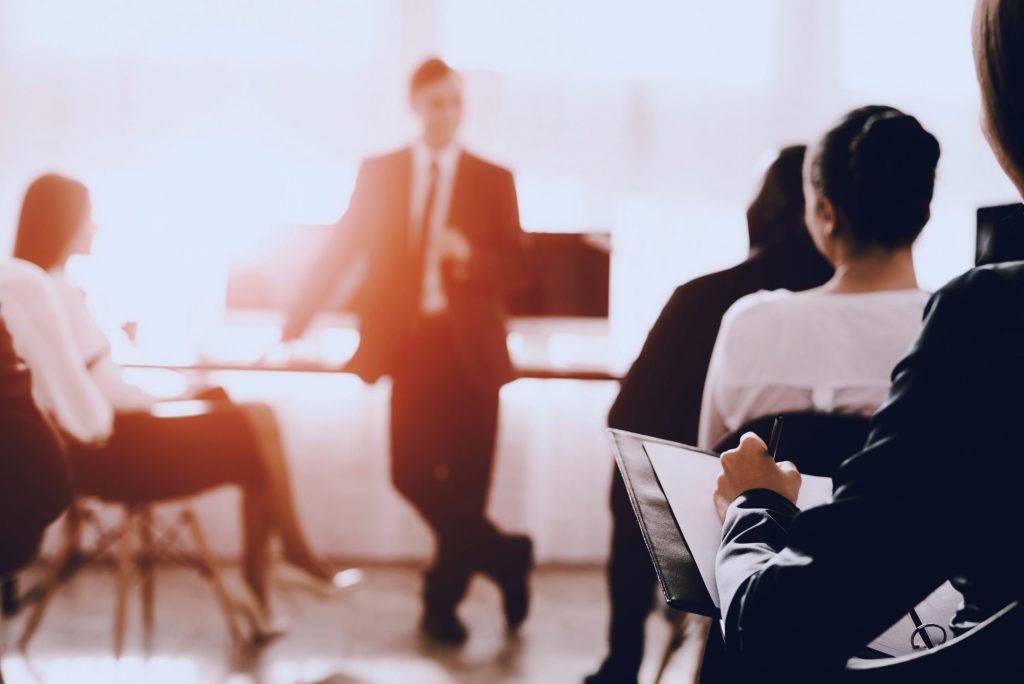 As employees sit down around a conference table to begin the arduous process of mentally preparing for their corporate sexual harassment training, brains begin to shut down and minds start to wander. The goal of the session is to educate all employees on the importance of maintaining a harassment-free workspace and foster the healthiest workplace environment. However, the research unfortunately tells a much different narrative.

What has been observed of past sexual harassment trainings?

In the past, training sessions that aim to curb sexual harassment have at best taught employees the definition of sexual harassment, what it looks like, and how to report potential violations. But at worst, they leave some employees uncomfortable or uneasy, sometimes even prompting inappropriate jokes and responses- undermining the authority of the entire training. Whichever angle you look at it, you will find it often fails to address the key problem: preventing sexual harassment in the workplace.

Since the rise of the #Metoo Movement in 2017, requests for sexual harassment trainings have increased by over 50%. In that same time, the Equal Employment Opportunity Commission, the federal agency tasked with enforcing violations of anti-discrimination law, says it has seen a fourfold increase in hits to its website.

The EEOC concluded in a 2016 report that trainings have failed as a prevention tool because they are “too focused on simply avoiding legal liability.” And as an employee, sitting in one of these trainings, you can feel an almost palpable air of corporate risk mitigation sucking the oxygen right from the room. Two 1998 Supreme Court cases determined that for a company to avoid liability in a sexual harassment case, it had to show that it had trained employees on its anti-harassment policies. After these decisions, courts gave credit to employers for simply adopting any form of training- regardless of its effectiveness. This “symbolic compliance” that has become law in some states has yielded little incentive for companies to improve or even reevaluate their training practices.

Some may wonder if these training are really in place for the safety of the employees, or for the company to save face in a case of misconduct. And that type of thinking is what continues to minimize the efficacy of such a vital element to a positive workplace environment. The training itself may also be unintentionally reinforcing gender stereotypes, according to Justine Tinkler, a sociologist at the University of Georgia. These trainings tend to portray men as powerful and insatiable beings, while women as potentially vulnerable. Other research found training that described people in a legal context, as harassers or victims, led those being trained to reject it as a waste of time because they didn’t think the labels applied to them, known as an “identity threat reaction,” as echoed in Claire Cain Miller’s New York Times article. The research also found that the trainings yielded the worst results with those who equated masculinity and power. As a Head Psychologist at Rice University put it: “the men who were probably more likely to be harassers were the ones who were least likely to benefit.”

So, how can employers create an effective sexual harassment training that works and resonates with their people?

One of the most effective concepts that has become increasingly more ubiquitous across trainings is “Empowering the Bystander.” Why this concept is so effective is because it redefines past narratives of simply just accuser and accused. By the introduction of a third party, who is removed from the act of misconduct, bystanders can intervene if possible, or be familiar with the procedures in reporting harassment. In the case of intervention, it could be simply disrupting what appears to be an escalating situation or speaking with the harasser later about his or her actions. When speaking with this individual, it is important not to be accusatory, but rather offer a different way of thinking: “Hey, were you aware of how you might have come off during that interaction?”

Additionally, talking with the harassed party and offering your empathy is a way to show that actions of that kind are not tolerated, while giving that individual an outlet to express their view of the situation. “So many victims blame themselves, so a bystander saying, ‘This isn’t your fault, you didn’t do anything wrong,’ is really, really important,” said Sharyn Potter, a sociologist at the University of New Hampshire who runs a research group there for sexual violence prevention.

Bystanders may not always be there for the most egregious offenses, but often times there is a pattern of smaller, less conspicuous acts. Adapted from Chechak’s Pyramid of Hostility, if a bystander – and a company as a whole - are committed to preventing actions at the bottom of the pyramid, they are less likely to escalate to more intense forms of harassment at the top.

Encouraging civility in the workplace has also been an effective addition to more recent sexual harassment trainings. Many traditional trainings present information on what not to do, rather than what people should do. Trainings themselves are partly based on the premise that employee education can prevent or at least curb sexual harassment. Louise Fitzgerald, a psychology professor and sexual harassment researcher at the University of Illinois at Urbana-Champaign, says that ignorance of what constitutes harassment is not the problem.

“Do you really think that educated grown men need to be taught not to grope their co-workers?” she said. “Do congressmen really not know that they aren’t supposed to pull their genitals out or greet a staffer at the door wearing a towel? The fact that people don’t know, well that is nonsense.” The real solution, Fitzgerald says, is not a quick fix. “We are talking about turning a battleship. That is slow, and it is a lot of work.”

Simply being observant and considerate can go a long way toward making others feel valued and appreciated. You do not need to nose into someone’s personal life, but always have an awareness of what those around you may be going through. Make time to recognize others, whether by remembering someone’s name or congratulating a team member, and always be mindful of when you have a reason to thank someone. Create an inclusive environment by welcoming all to be a part of casual conversations, and by being honest with others about unintentional exclusions. Of paramount importance, creating an environment of respect and integrity is the best way to build a positive workspace. Respect comes in many forms. From acknowledging boundaries to speaking to others politely and professionally, making respect an integral part of your company culture will emanate positive “do-behaviors.”

It is difficult to determine what would convince a current or would-be harasser to not engage in unprofessional behavior. Pointing to anti-smoking commercials as a potential model, “They have become very effective and compelling, but that has taken years of figuring out what works and what doesn’t.”

Examples of positive initiatives for sexual harassment trainings can be seen from Fran Sepler, who designed new training programs for the EEOC. This initiative engages the individuals by asking participants a list of respectful behaviors at the start. The most common and highly translatable answers to positive work environments include praising good work, refraining from interruptions, giving people you undivided attention, and spotlighting contributions by those who are often marginalized or under appreciated.

The 4 factors of SELF

The most important factors of a successful sexual harassment training are its Suitability, Engagement, Length, and Frequency.

The training sessions that yield the best results are tailored for the specific line of work, in-person and interactive, under 4 hours, and more than once a year. Training should be suitable to the audience being presented to - a training for an accounting firm would differ from a talent agency’s. The material should be engaging with thought provoking questions to reinforce the main ideas and open dialogue. The length of the training should be comprehensive enough to encompass all the vital topics, yet it should not overbear the listeners. By finding the perfect balance between increasing the frequency of trainings and covering all the requisite material is what will produce the most effective results – and healthiest workplace.